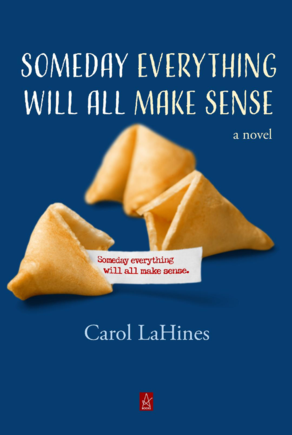 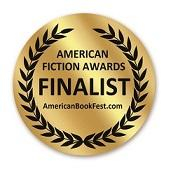 Someday Everything Will All Makes Sense follows Luther van der Loon, an eccentric harpsichordist and professor of early music, as he navigates the stages of grief following the untimely death of his mother.  Luther obsesses over burial practices, rails against the funerary industry, and institutes a personal injury suit against the Chinese take-out whose sloppy methods he blames for his mother choking on a wonton.

Luther detests modern music and the equal temperament, the tuning fiction upon which it is based.  He believes, like Kepler and the greatest thinkers of the Renaissance, that music is to be constructed according to the divine Pythagorean ratios.

"An original and very funny novel about a man's obsessive longing and guilt after his mother accidentally chokes on wonton soup.  We follow the endearing protagonist through a period of mourning,   cleverly  interwoven with musical theory and an attempt to sue the Chinese take out restaurant,  all brought to a hilarious finale with a last symposium on medieval music."
--Sheila Kohler, author of Once We Were Sisters, Cracks, Dreaming for Freud, Becoming Jane Eyre, and many other books

"It’s rare to find a character like Luther van der Loon who makes such a rich and lasting impression—so vividly wounded, exuberant in characterization. Luther embodies the anxious, angst-ridden neurotic we are afraid we will become, or maybe who we aspire to be. In his grief over his mother’s accidental choking vis-à-vis death, his obsession with what is the point of life is simultaneously heartbreaking and hilarious. I could read this novel a hundred times and never tire of it."
~Amy E. Wallen, Author of When We Were Ghouls: A Memoir of Ghost Stories

“Set in New York City, Carol LaHines’ debut novel, Someday Everything Will All Make Sense, combines early music, Chinese food, litigation, and love in a hilarious defense of individuality. . . Luther’s irrationality makes him both laughable and loveable. His early music obsession, laced throughout the narrative like a sticky cobweb that won’t go away, offers metaphors for love and loss. He feels his mother’s memory like an overtone ringing after a note sounds. He and Cecilia “vibrate sympathetically” with each other, like tones in a chord. Luther’s healing comes in the company of his zany early music friends and their romp through neighborhood bars.  As a backdrop, New York is portrayed not as a place to get lost, but to be found. In its ethnic bars and restaurants, he lets loose to enjoy himself and his mates in all their absurd glory, chanting medieval plainsong over heavy metal playing on the sound system. LaHines’ Someday Everything Will Make Sense is a comedy celebrating transformation that happens in its own due course.”

" LaHines’ tale paints a robust picture of a suffering neurotic stuck in his sorrow, her protagonist recalling a Laurence Sterne character. . . .  An admirable addition to that venerable category [of] novels to find humor in loss."

"Someday Everything Will All Make Sense tells of an eccentric music professor who faces the death of his mother and the challenges it brings to his perception of daily life with its prejudices and ironies. It imparts a sense of staid observation and dark humor as Luther van der Loon struggles with a revised life.

"The story opens with an exhibit of this special brand of irony: "Mother choked on a bowl of wonton soup. A tangle of bok choy, a larger-than-expected dumpling. A wayward thatch no one could foresee." As in the rest of his story, the juxtaposition of dark reflection and fun observation makes for a blend of horror and humor which is refreshingly different.

"Stunned by his mother's sudden demise and unable to deflect the assaults of death-related decision-making challenges and loss in his life, Luther moves through the stages of grief with the same singular perseverance he once reserved for his passion for early music.

"As sleep, religion, and loss coalesce in the course of his struggles, readers receive a sharp reminder of the progression of grieving and the movements to reject its inevitability and final results: "I donned a mask in an attempt to shut out visual distractions. I recited the Latin rite of vespers, hoping that sleep would inevitably overcome me and I could dispel, once and for all, the notion that I was unable to accept Mother’s death and the fact that my life, unwound from hers, would continue."

"Neurotic obsession combines with end-of-life plans and impact in this survey of Luther's life and reflections. Music references throughout the story supply unusual and pointed streams of thought that lend insights into this process. This contributes psychological, artistic, and literary depth to the story of his life and its meaning: "I had learned, over the course of the last year, that we have no control over externalities, that life is a divertimento, a caprice, not a rigidly-constructed sonata with a predictable A-B-A section. Like Brahms’ unfinished symphony, it seems to go somewhere, to have an overarching purpose, only to end abruptly mid-movement, after an agonizing slow section. Who knows on any given day whether he will have to dial the fateful numbers 9-1-1, to state the nature of the emergency. Whether he will find himself in conversation with the amiable mortician Mr. M., cowering in a windowless room, not wanting to say his final goodbyes to the body in the casket (no matter how skillfully presented and preserved by the crack staff at the funeral home)."

"Someday Everything Will All Make Sense's literary and artistic survey of a neurotic who is forced to release ties to his mother that perhaps should have been loosened during her life will appeal to readers who enjoy psychological and musical inspections. The dark humor overlay is surprising, astute, and revealing, all in one. Someday Everything Will All Make Sense is highly recommended for readers of family relationship tales who will find this particular survey of loss and recovery is pointed and revealing as Luther comes full circle in a musical and relationship compromise with survivor guilt."

And So She Thinks